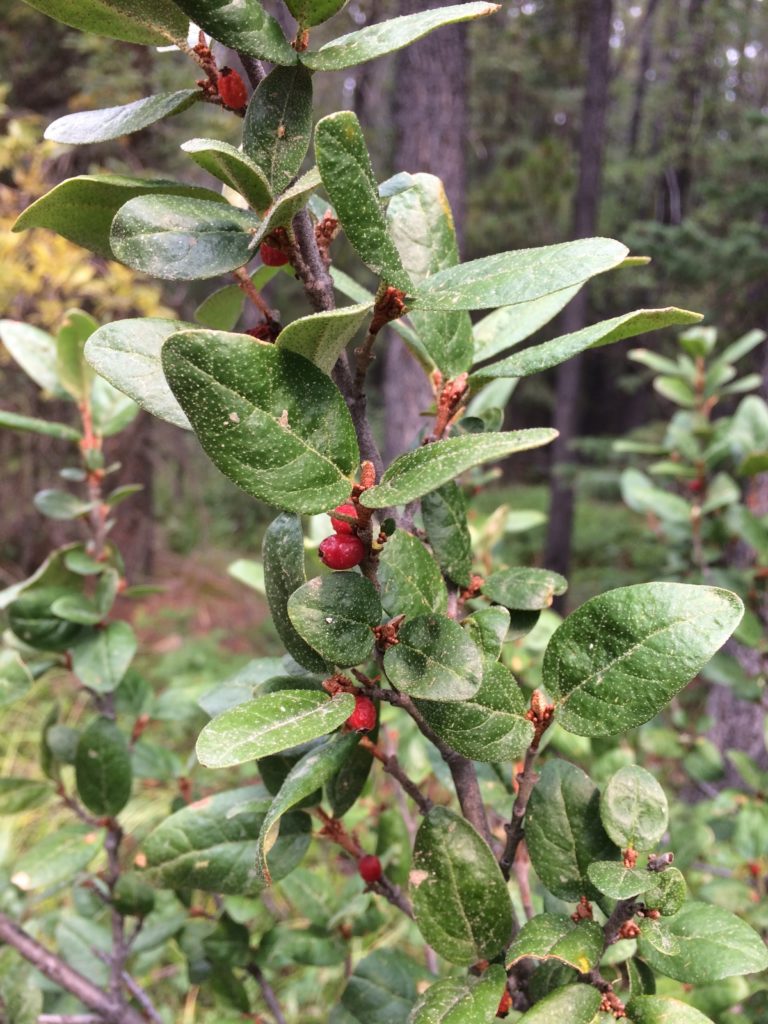 “Beary” delicious – not just for bears! 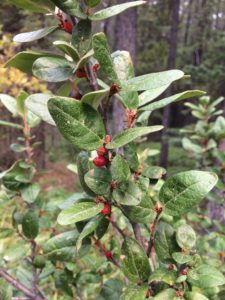 This beautiful shrub is key to the survival of Grizzly and Black Bears in Southern Alberta. The ripe red berries are a sweet and fattening treat eaten before hibernation. One male Grizzly Bear can eat up to 200,000 berries in a 24-hour period.

For humans, these berries have a very strong, bitter and are an acquired taste. Often a first reaction is to spit them out. This is good news for the bears as it leaves more for them.

Buffaloberries were frequently used by the local Blackfoot, and Nakoda Sioux. Mixed with the right foods, their strong flavour is subdued, yet the sharpness is a stunning layer for the pallet.

They are believed to be called Buffaloberry for a variety of reasons;

1) because Buffalo would rub up against them

3) because if the berries typically used in pemican failed to produce that year, buffaloberries could be used instead.

Easy to identify, the leaves have small brown spots on the back. The buds of next years leaves are a beautiful copper colour, as is the new growth of the branches on the shrubs.

Where to find them

This bush typically grows in forests under Lodgepole Pines in grassland coulees as well as in the foothills, often on North facing slopes. They don’t like it too dry.

Did you know that Bears eat hundreds of berries without damaging the leaves or the bark? They have amazingly agile tongues!

Visit Recipes and Ideas to learn how to use this berry to delight your taste buds!

Posted in Plant of the Month
← Shepherdia Canadensis, aka Canada BuffaloberryWhat are the Bears doing now? →